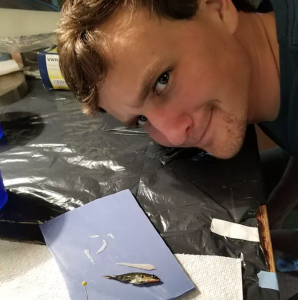 Trey started working in the lab during summer 2019, and participated in field projects both in Alaska and on Vancouver Island. He did his undergraduate work at the University of Montana and received the University’s prestigious Leadership Scholarship. His undergrad research focused on understanding how deer mice adapt to life at high altitudes, and he still has a passion for small mammal work. However, for the near term Trey will examine the energetic tradeoffs associated with the evolution of parasite resistance by sticklebacks. The Dept of Biological Sciences awarded him a competitive, 4-semester Recruiting TA-ship to support his MS work. 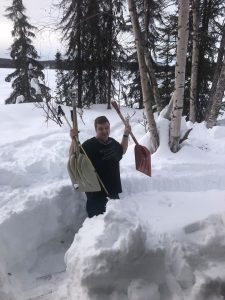 Bryce joined the lab in Fall 2018 as one of the first group of parasite wranglers! Initially, he helped collect and breed fish and tapeworms from several locations around Anchorage. Subsequently, Bryce has been building up his molecular and robotics skillsets by making DNA sequencing libraries from all the tapeworms he collected, as well as hundreds of worms collected from many sites in the Pacific Northwest. He is starting in the MS program at UW-Madison in Fall 2021. 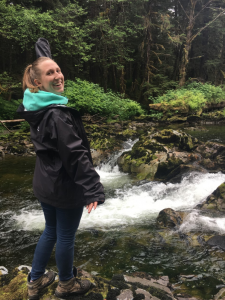 Emily joined the lab in Summer 2021 and began the Integrative Biology PhD program at UW-Madison in Fall 2021. She is passionate about all-things evolution, with an emphasis on aquatic ecosystems. Currently, she is interested in understanding how plastic epigenetic responses regulate gene expression and contribute to adaptive traits and fitness in threespine stickleback. As an undergraduate at the University of North Florida, she was a research assistant in Dr. Matthew Gilg’s lab investigating the selection dynamics of a killifish (Fundulus) hybrid zone. After graduating, she held multiple seasonal positions with the US Forest Service as a Biological Science Technician, collecting ecological data for long-term environmental monitoring programs. Whenever Emily isn’t studying eco-evolutionary dynamics, epigenetic gene regulation, and adaptation genomics, she can probably be found at the dog park, setting up a campsite, or watching a scary movie. 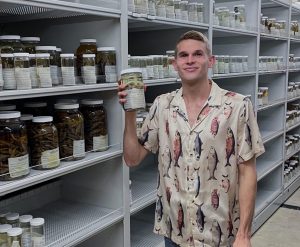 Max is a masters-track graduate student who joined the lab in 2021. He completed his undergrad at UW-Madison in 2018, and after worked for the Wisconsin Department of Natural Resources in their Bureau of Fisheries Management for a few years. Max is broadly interested in aquatic ecology and invasive species. He plans to use molecular tools to study threespine stickleback in the Great Lakes region using a combination of field-collected samples and museum specimens to learn more about their population structure. He also co-leads the ecology of fishes lab course at UW-Madison. 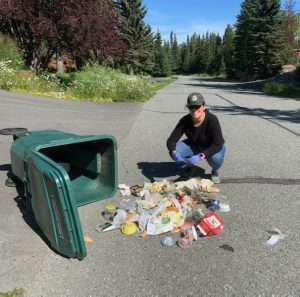 Vanessa began her graduate work in the Fall of 2019 at the University of Alaska Anchorage (UAA). She received her B.S. in Biological Sciences from UAA in 2016. Throughout her undergraduate career she interned with the United States Geological Survey on tasks related to polar bear research and, prior to beginning her masters, she spent time working for the Alaska Department of Fish and Game in their Division of Wildlife Conservation. Her MS thesis involves a genetic analysis of black bears in the Anchorage area. Her goal is to use forensic sampling in order to understand the number of individuals responsible for nuisance interactions and how related these individuals are. This research is funded by the AK Army Corps of Engineers. Vanessa plans to remain in Alaska for the foreseeable future and hopes to play a role in the conservation of wildlife within the state.

Jeremy joined the lab in June of 2022 and started in the iBio PhD program in Fall of 2022. He completed his undergraduate and master’s degrees at the University of Northern Iowa where he received the prestigious Purple and Old Gold Award for Meritorious Scholarship. For his master’s work, Jeremy studied the genomic diversity and growth of Iowa bluegill. In the Weber lab, he is interested in working on projects related to evolutionary responses to climate change in fishes. 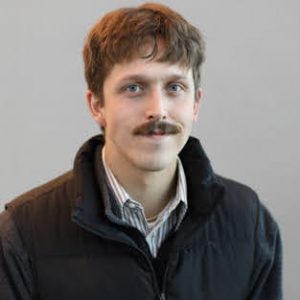 Matt has been working as a research technician in the Weber lab since fall of 2021. He earned his BS in biology from UW-Madison in 2020 and throughout his time as an undergraduate, Matt’s research focused on fisheries and aquatic ecology. After graduating, Matt worked as a clinical lab scientist focused on early colon cancer detection, but returned to UW-Madison because he missed all of the fish. He likes to think that the fish missed him as well.